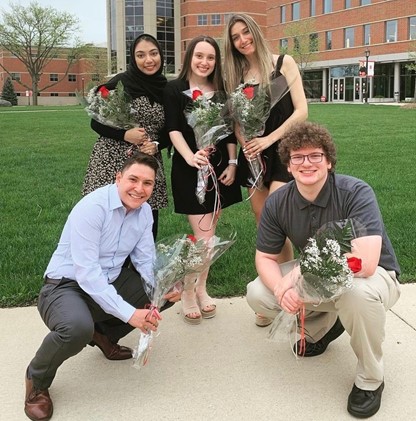 Student Senate is a large club that serves as a bridge between faculty and students. (Photo courtesy of Lexi Trippiedi)

The University’s Student Senate is an organization dedicated to serving the Benedictine community by voicing the needs of the undergraduate student body.

Each official is elected by students based on their knowledge and passion for the position. The officials interact with university staff, such as Deans and Provost, in order to enhance students’ experience both academically and non-academically.

Their job and priority are to make sure that every concern, idea, and important topic presented by the students is addressed in bi-weekly meetings by being the eyes and ears of campus.

We also hold events and fundraisers to bring the community closer together. There will be two upcoming events this month. The first event includes a donut social with students, faculty, and staff, where everyone can come meet the Senators and learn more about who they are and what they do. They will be helping with a Haunted House in Scholl Hall, which will be held by our College of Liberal Arts Committee, as well as other campus organizations.

The current members joined Student Senate for a number of different reasons. Students want to become the change and voice to make sure that their fellow classmates are heard. They want to take on a leadership role and further develop their ability to collaborate and communicate with a team.

Being a part of the Student Senate is a great way to get to know important people on campus, build connections, and establish a community among our peers.

“Students should get involved in Student Senate for a number of reasons! It is a great way to get hands-on leadership while building connections with the community around them. It also teaches skills like responsibility, communication, teamwork that can be used within their personal and professional endeavors outside of their role as a college student,” said Asfia Farooqui, Vice President of Student Senate.