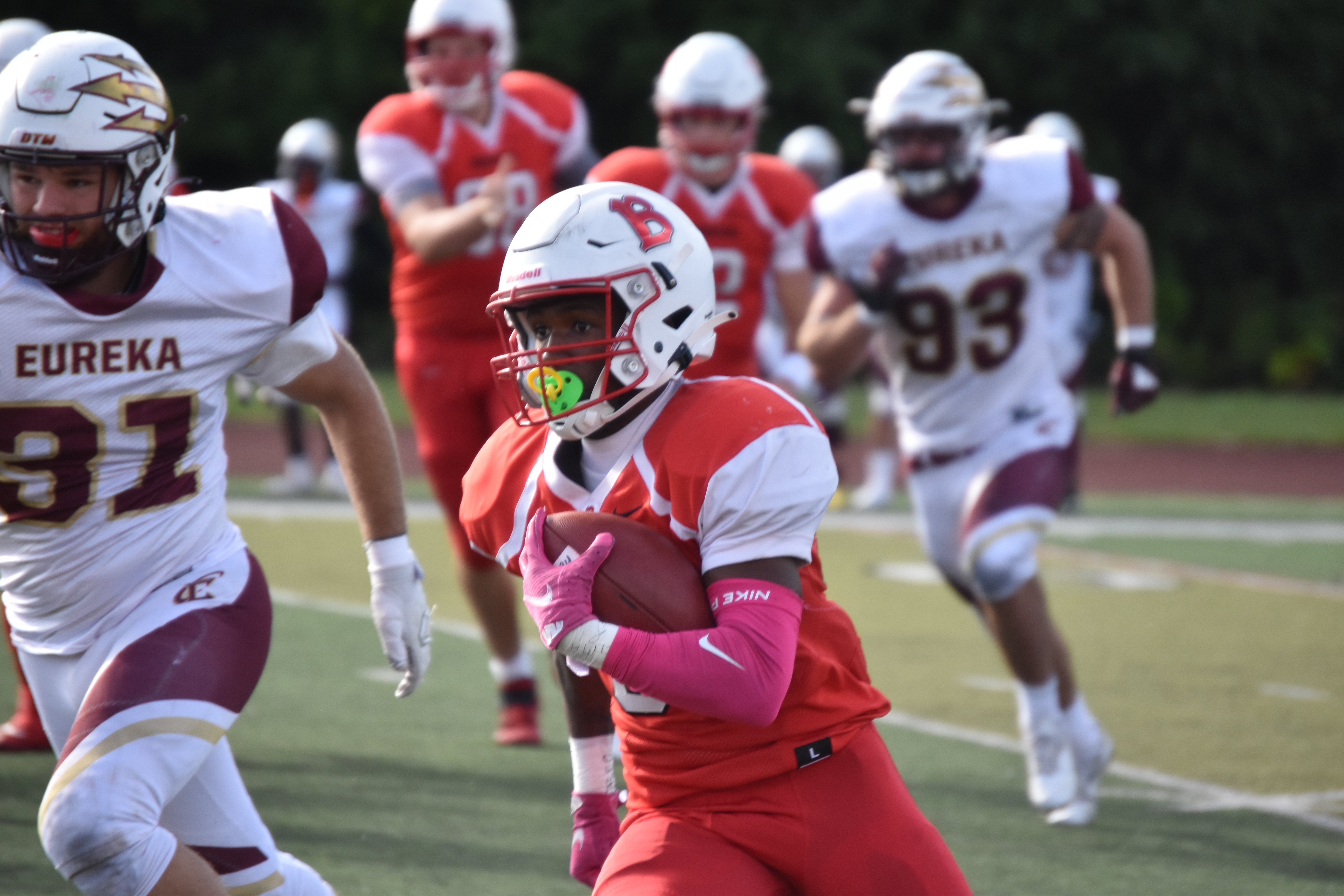 Benedictine took over the second half scoring 35 points and accumulated 562 yards of total offense for the conference win. (Photo Credit: Logan Shepard)

Benedictine defeated conference opponent Eureka College to a score of 49-29 as part of homecoming weekend. This was accomplished through a balanced offensive performance that handled the scoring through the air and a strong defensive showing.

The offensive scoring was handled through the passing game where six of the seven scores came through the air. Quarterback Tyler Jarnigan administered the air raid offense by completing 23 of 34 attempts for 352 yards and six touchdowns. This included a 52-yard strike to receiver Sami Ayash who had a day to remember.

The eagles balanced offense allowed for the ground game to be utilized as well. Five different rushers were utilized throughout the game to total 210 yards and a touchdown. Running back Eli Webster dominated the carries rushing for 56 yards on 11 attempts and Quarterback Nathan Rillo added a touchdown on four attempts for 58 yards.

The game was a tale of two halves in which it was a close battle until the beginning of the third quarter. Benedictine and Eureka went back and forth in the first half with Eureka going into halftime with the advantage with a score of 16-14. The eagles went on to dominate from then on converting for 24 first downs and holding Eureka to 267 yards of total offense.

Eagles record improves to 3-1 where they will travel to St. Norbert College for their next game on October 2nd.

To see all the photos taken during the game, click the link.