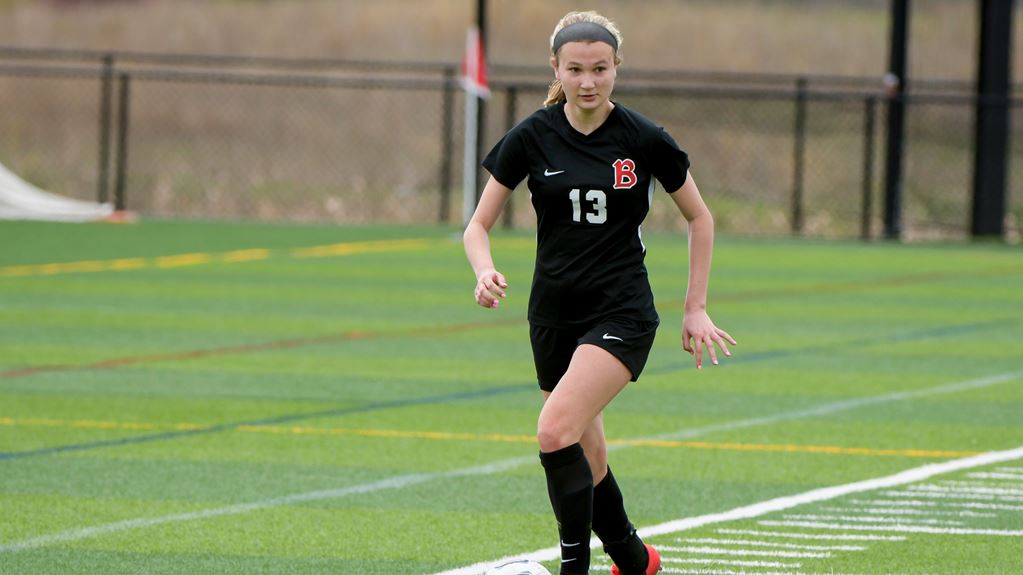 The Women’s Soccer team has started off the year 0-3. They look to rebound tonight against Augustana. (Photo credit: Benedictine Athletics)

This was the first week of the 2021 season for women’s soccer. They opened at home against Clarke University who they played close, but lost 1-0 with the lone goal coming in the first half.

After that game came two very quick games on Saturday and Sunday. Simpson College was the first game and was another 1-0 defeat from a late goal in the second half. Freshman goalie Prochnow recorded 8 saves.

They turned around and played University of Wisconsin-Stout, which they lost 3-0. With a little break from the games it’s time for the Eagles to recover and rest for their game against Augustana College.

When asked about the tough stretch of games senior Anna Dudziak said, “There were a bunch of balls in the air where we were not the first team to get there and a lot of times we didn’t connect with other players. I know we can play better than this; each team starts a little different and we just have to improve. I’m looking forward to the game on Wednesday.”

The Eagles take the field against Augustana tonight at 7pm at Village of Lisle-Benedictine University Sports Complex.