You Know Her Story, Now Learn Her Name 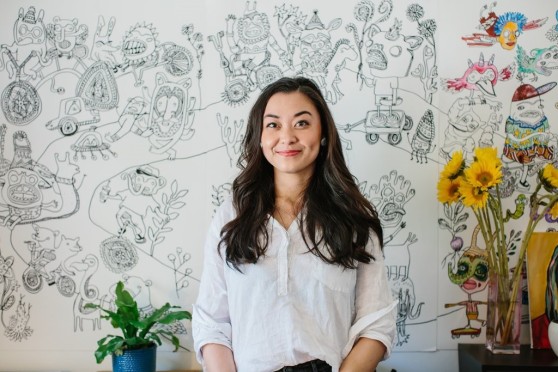 You don’t know me; however, you’ve been inside me. In newspapers, my title was ‘unconscious, intoxicated lady.’ Ten syllables and nothing greater than that. For a while, I believed that that was all I was. I had to force myself to relearn my real name, my identity. To relearn that this is not all that I am. That I am not just a drunk victim at a frat party found behind a dumpster, while you are the All­ American swimmer at a top university, innocent until proven guilty, with so much at stake.

Four years ago, we knew her only as Emily Doe, the woman who was sexually assaulted by Stanford University student Brock Turner, today she’s Chanel Miller, the strong woman who is putting herself back into the narrative of her sexual assault case in her new memoir “Know My Name.” And even though four years have passed, her story is still as important as ever. Her victim statement is still gut-wrenching, raw with emotion, impactful, and a rallying cry for other sexual assault survivors.

One night in January 2015, two Stanford University grad students biking across campus spotted a man thrusting his body on top of an unconscious, half-naked woman behind a dumpster. When he was discovered he ran, they chased after him and held him down until the cops arrived. The woman was rushed to the hospital, and she was found to have abrasions and trauma all over her body and with no memory of what had happened. He was arrested and posted bail over the crime he committed, the one she had to learn the details of on her phone at work.

Turner was found guilty on three counts of felony sexual assault, required to be on the sex offender’s list for life, and sentenced to a meager six months in jail and only served three. The sentence spurred widespread outrage by those who felt it was too lenient and judge Aaron Persky’s comment that a prison sentence would “have a severe impact” on Turner. His decision later got him recalled from the bench. Later that year, California imposed mandatory minimum sentences for sexual assault crimes. The court case made headlines when Buzzfeed released then Emily Doe’s searing victim impact statement about the agony of surviving her assault, sent shock waves across a country not accustomed to being privy to hearing sexual assault victims address their assailants in court.

With Chanel Miller revealing herself to be Emily Doe, and releasing her memoir, “Know My Name,” she brings us back to 2016, pre-#metoo movement where men like Brock Turner get a slap on the wrist for the sexual violence they’ve committed and women like Chanel Miller are infamously known as the ‘unconscious intoxicated woman’. Her history is laid out for public consumption and scrutiny as the defendant’s paint her as being somehow at fault for her own assault, while the defendant is seen as the upstanding good boy whose life “was ruined by 20 minutes of action.” Because he definitely isn’t capable of committing such a crime, and she shouldn’t be believed because women lie and she was asking for it. Turner’s treatment during the case became the textbook symbol of white elitist male privilege, and his already assumed future professional successes were the main reason for his light sentence. Miller, being a woman of color, which wasn’t known to the public, had to fight for her story to be heard and her rapist to be found guilty in a biased system where whiteness is seen as innocence.

Four years ago, we didn’t have the #metoo movement and now we do. For that I’m thankful.

Four years ago, men like Harvey Weinstein, R. Kelly, Kevin Spacey, Matt Laur, and Charlie Rose we’re still in positions of power while their victims hid in dark corners trying to suppress their trauma. Now they’ve been cast out, blacklisted, and held accountable for their actions. Four years ago, we thought things we’re going to be different; we thought schools were going to have proper protocols, sexual assault and rape were going to be taken seriously, and laws would be passed to hold assailants accountable. But it didn’t happen.

I hope with Chanel Miller’s memoir we are reminded and spurred to continue to spread her message that no one is above the law and that justice can be served to those who’ve done wrong. That consent is important, and it needs to be a clear “Yes,” that it’s not the victim’s fault that they were assaulted, and that we believe them even if they can’t remember what happened. I hope that women find solace in her words, that they know that they matter and that readers like me see every victim matters regardless of what their history is, whether they were drinking or not, if they knew their assailant, no matter what the law dictates, and regardless if they can vocalize their trauma or not. We need to do better and be better to prevent another Emily Doe from becoming a victim of another Brock Turner. It’s the least we can do.

Published by The Candor

Student media at Benedictine University. View all posts by The Candor